Groundbreaking for our current education center was held in 2000 and Holy Guardian Angels Regional School was completed in 2001. This facility houses a social hall, gymnasium, library, preschool, art and music rooms, a computer lab, and two classrooms for each grade from kindergarten through eight.

For over 75 years, the building, faculty, and staff have dedicated themselves to providing youths with the gifts of leadership, commitment and passion, and have taught the gospel message of God. 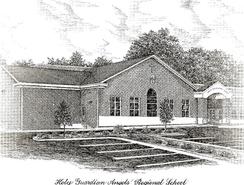 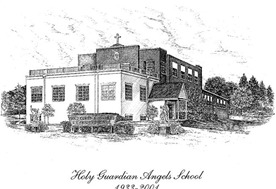 Teaching began in 1931 at 3100 Kutztown Road. Using four classrooms on the second floor in a building serving as a church, parish hall, and rectory, the Missionary Sisters of the Most Sacred Heart of Jesus gave the children of the parish weekly catechetical instruction.

A new grade level was added each year, and in

The construction of the new church in 1963

allowed room for additional classrooms and

offices. By 1964 the school had reached its peak

enrollment of 437 students in grades 1-8. Kindergarten classes began in 1981 in conjunction with St. Margaret's School, and in 1983 our own kindergarten was established. An addition to the original church building occurred in 1986 providing a kindergarten classroom, a preschool classroom, library, and administrative offices. 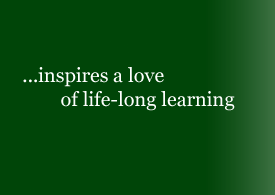